How Do You Choose﻿ ﻿the Best
Storytelling Structure
For Your ﻿Story?

It's a question that haunts most writers.

My friend Beth falls into that category. But she loves the Hero's Journey, and several other storytelling structures.

When I asked her how she made the leap to loving structure, she said, "I didn't, at first."

"In my early days, I read a book about using plot points, and I decided to try it.

But I struggled to figure out what went around those plot points.

The author of the book recommended that I write some of those plot points out of order.

It's a method that works for some people, but it confused me.

It took me five years to finish that novel."

"That's awful," I replied. "It's amazing that you didn't give up on structure completely."

"I thought about it," said Beth.

"But then I came across the Hero's Journey, and something clicked. I wrote my next novel in only six weeks."

Why does a story's structure make ﻿writing it easier...or harder﻿?

When you find a storytelling structure that resonates with the kind of stories you want to tell, that structure stimulates your imagination.

Ironically, it was the opposite for me...I got stuck every time I tried the Hero's Journey. I needed those plot points that stymied Beth.

Which storytelling structure would set your creativity free?

Using the wrong structure can ruin the story you’re about to write.

It’s like shoving a square peg into a round hole. At best, nothing happens. At worst, the peg gets stuck.

Choosing the wrong structure can cause you to get stuck—because the structure works against you as you’re telling the story.

You might mistake it for writer’s block. And spend weeks…or months…being stuck, until you figure out the right structure for your story.

Even if you manage to finish a story whose structure isn’t best for the kind of story you’re telling, it won’t be as good as it should be.

The story feels off.

It doesn’t unfold in a way that engages your reader’s imagination.

You might never understand why…if you don’t understand how different structures take your plot in different directions.

In this special training, you’ll learn the ins and outs of five powerful storytelling structures:

If you're a plotter, this training will deepen your understanding of these five storytelling structures so you can plot more easily.

But what if you’re a pantser?

What if the word “structure” gives you hives?

Beth is an organic writer who has learned to use structure as a loose framework that guides her through a story.

She’ll show you how a relaxed approach to story structure can free your creativity.

…or if you’re a plotter who wandered pretty far from your outline,

…understanding how to apply these structures in edits can be the life preserver that rescues your story.

As always, have questions as you're applying the material to your own story, you can ﻿﻿﻿email Beth with any questions. 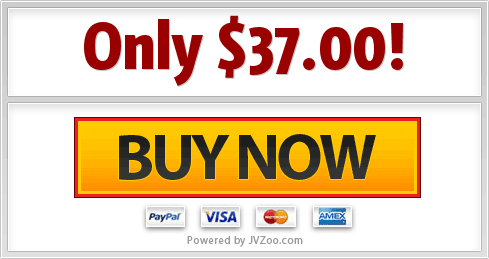 If you’d like a quick crash course in story planning, you're covered:  you'll get Beth's course, 7 Keys to Story Planning, for FREE when you reserve your seat in How to Choose Your Story's Structure.

This course will give you an overview of the basics in characterization, worldbuilding, theme, and creating a story outline.

7 Keys to Story Planning normally sells for $17, but Beth's giving it to you for free because she wants you to be able to apply what you learn about plot structure right away.

There’s a reason traditional story structures like The Hero’s Journey have evolved--because when you follow them, it becomes easy to tell a story readers love.

They're a way of organizing your story that automatically make sense to readers.

The more skillfully you apply these powerful storytelling structures, the more addictive your fiction will be.​

​If you've tried to plot according to a traditional story structure but it hasn't worked...

If ​your stories feel "off" but you can't put your finger on why...

If you've been confused by the Hero's Journey or three-act structure in the past...

...don't miss out on this chance to master five powerful storytelling structures and take your fiction to the next level! Award-winning novelist, Master NLP Practitioner and certified creativity coach for writers, Beth Barany’s courses are packed with useful hands-on information that you can implement right away.

Beth runs the Writer's Fun Zone blog, for and by creative writers, where you can download her free reports on book marketing and novel writing.​

She is also the author of The Writer's Adventure Guide, Overcome Writer's Block, and Twitter for Authors.

She takes great interest in how humans learn, create, and grow, and includes all her students’ life experiences, including the ancestors, into the moment. Lynn Johnston is a writing mentor and award-winning author with a passion for teaching fiction writers how to increase the emotional impact of their stories to turn readers into fans.

​She blogs at Write Smarter, Not Harder, where you can download her free ebook, Editing for Story.

Lynn would love to teach you her methods for plotting organically, creating archetypal characters, planning a series, making setting a character in your story, and much more.

We offer a 30-day money back guarantee...